My very first visit to Saudi-Arabia was an IAEA expert mission at the end of 2017. Before my visit, I was, might I say, a bit worried about how I would be able to learn the local customs and behave accordingly. But I soon learned, that – like everywhere else – life in Saudi Arabia is what you make of it. You can make the effort to integrate by learning Arabic and getting to know the local culture. But if you stay within the expat bubble, you are likely to miss out on the incredible adventures, experiences and knowledge living in Saudi-Arabia can bring.

After my first visit, I joined a team at the Finnish Nuclear and Radiation Authority (STUK), which collaborated with the Saudi Arabian regulatory body NRRC. First, my main role was to organize workshops mainly in the field of radiation in industry and research. Quite quickly I found myself in Riyadh as the resident representative. And here is my story of that time!

I adapted to Saudi Arabian culture quite quickly. I realised, that a little understanding of the local culture can go a long way. I studied the culture and a bit of Arabic and made the effort to learn as much as I could. Even wearing the abaya was actually quite a relief; the everyday frustrating routine of choosing clothes and making my hair was not that big of a problem anymore. And during sandstorms, the scarf is very useful – you do not have to swallow grams of sand, just throw the scarf over your mouth!  In any case, head and face coverings are not mandatory anymore for non-Muslims.

In my experience, two disparate influences shape Saudi society: it is the ancestral home of nomadic, patriarchal tribes and the birthplace of Islam. Islam’s two most sacred cities, Mecca and Medina, are located in Saudi Arabia. Millions of Muslims make the pilgrimage to Mecca every year. These sacred sites, unfortunately, are reserved for Muslims, and non-Muslims are not permitted to enter.

Islamic observances underpin the Saudi way of life and Sharia principles underlie its legal system. However, several of these strictures have been modernized since my first visit in 2017. Men and women can now work together more freely. Women can drive and hire cars and remain free to go around without a male guardian. The moral police, -which I myself once had a clash with, when I went outside by myself during my first visit- have been defanged and are now only seen infrequently.

Expats have generally enjoyed a lifestyle closer to their home countries in compounds maintained by foreign companies or in the diplomatic area, where I lived. Life in these areas is relatively unconstrained and offer greater security and a wide range of facilities, such as shops, restaurants, swimming pools, and sporting facilities. 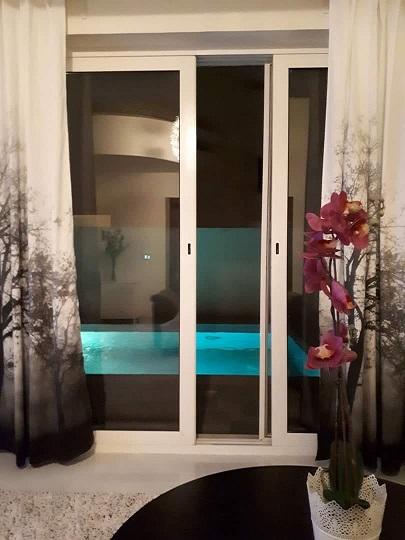 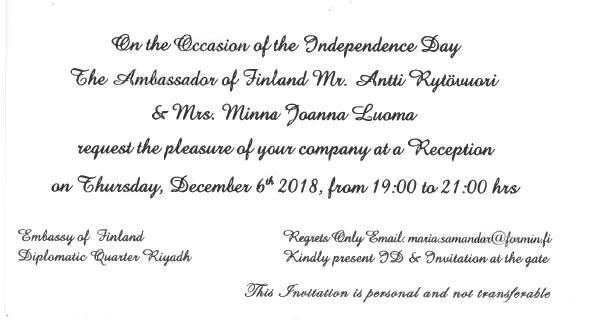 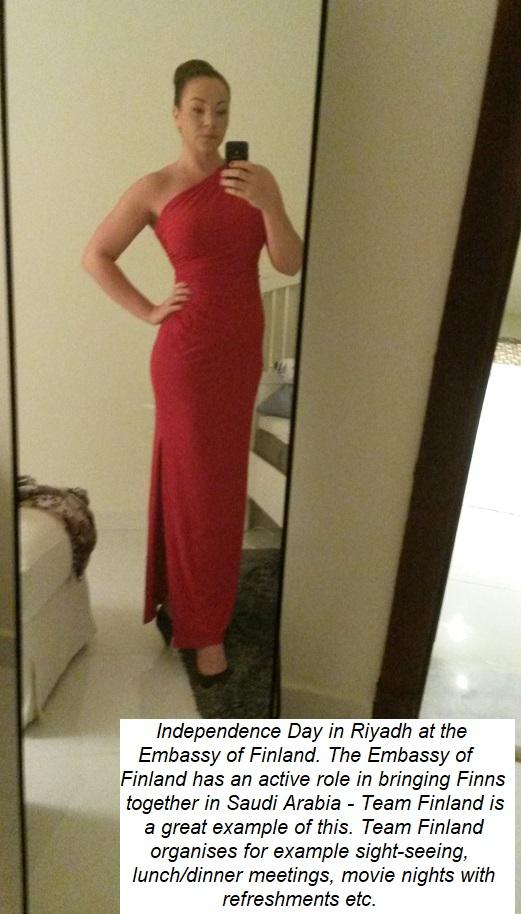 Workplaces are much the same as anywhere else. At first, I got a whole office at my personal use and later on an office room. I was always welcomed to attend meetings or ask any advice related to work or customs outside work, e.g., internet connection, electricity etc. However, outsiders may take a while to appreciate that religious and cultural elements often make their way into the workplace. Meetings may take place around prayer times, for instance, and Saudi Arabians may choose not to shake your hand, even at an introduction. Most companies now use the Gregorian or international calendar. However, since the switch only took place in 2014, sometimes I came across references to the lunar Hijri calendar.

Working hours were the same as in Finland – 8-16. Working days were from Sunday to Thursday. In western countries the working days are from Monday to Friday, and consequently, I worked from Sunday to Friday and during the evenings, because of the time difference between Saudi-Arabia and Finland. This was not a problem; after work at the office, exercise with my beloved orange kettle bell and a swim I was ready to work a couple of hours more before dinner.

The day circles around the prayer times. Calls to prayer, salah, occur five times a day:

All businesses and commercial establishments are required to close during prayer calls. This means, that in addition to meetings, lunch and grocery shopping after work had to be planned beforehand. Once I found myself stuck in the supermarket during prayer time. The store closes, but if you are already inside, they let you stay. Once they open again (20-30 min later), you can just go to the cashier and leave. Shopping is as easy as it can be. The driver took me to Tamimi, a local grocery shop. I selected my groceries, went to the cashier, everything was packed for me and taken to the car, the driver lifted them into the car, drove me home and carried the groceries inside. What a service, might I say, and at first a bit embarrassing for a humble Finn, who is used to take care of everything by themselves.

A very important time in Saudi Arabia is Ramadan. Sawm is the fast of Ramadan, the holy month. During the period of Ramadan, Muslims must fast every day between sunrise and sunset. Ramadan is the celebration of the month in which the Koran was revealed and is concluded with the feast of Id-al-Fitr. This is a religious holiday period which should be avoided by business travellers because most business activities slow or stop until after Id-al-Fitr.

Saudi Arabia gets generous sunlight all year round. For three or four months of the year, it is too hot to even go outside, but air-conditioning helps one cope and there are many malls and museums to visit. I spent three hours at the national museum and would have wanted to spend even more time there, but unfortunately the museum closed. You can also enjoy fantastic, high-quality, and rich in flavour dining experiences including authentic Arabic mint tea and shisha. 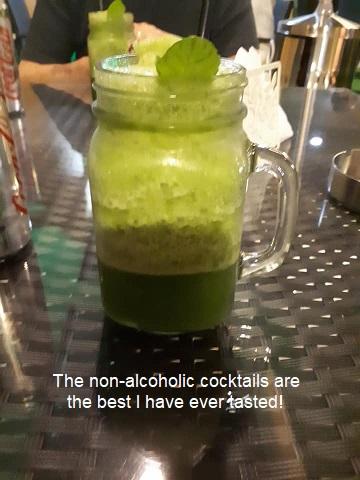 In the remaining months, you can enjoy outdoor living. There are some interesting places to visit. In Riyadh, Al-Diriyah, Jebel Fihrayn (Edge of the World) and the old town were my absolute favourites. Every year in Riyadh there is also a national festival, where each part of Saudi Arabia is represented. Attending this festival made me realise that Saudi-Arabia is as diverse in its landscapes as it is in its culture and traditions, from desert fortresses and mountain ranges to magnificent fish and coral reefs. 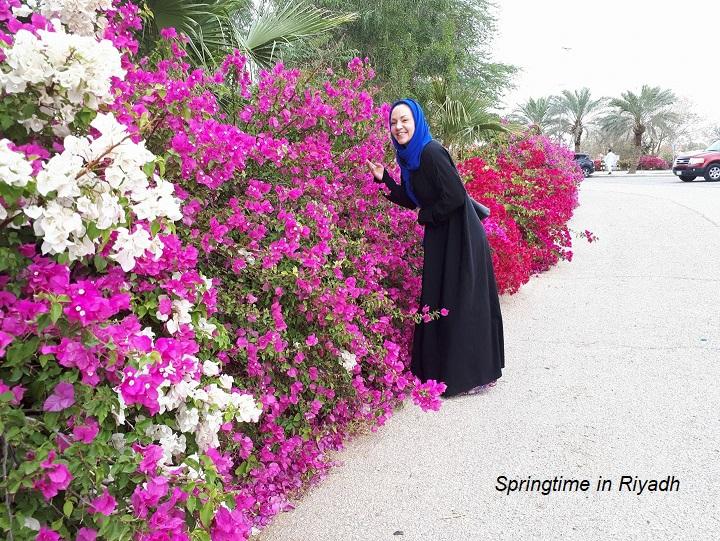 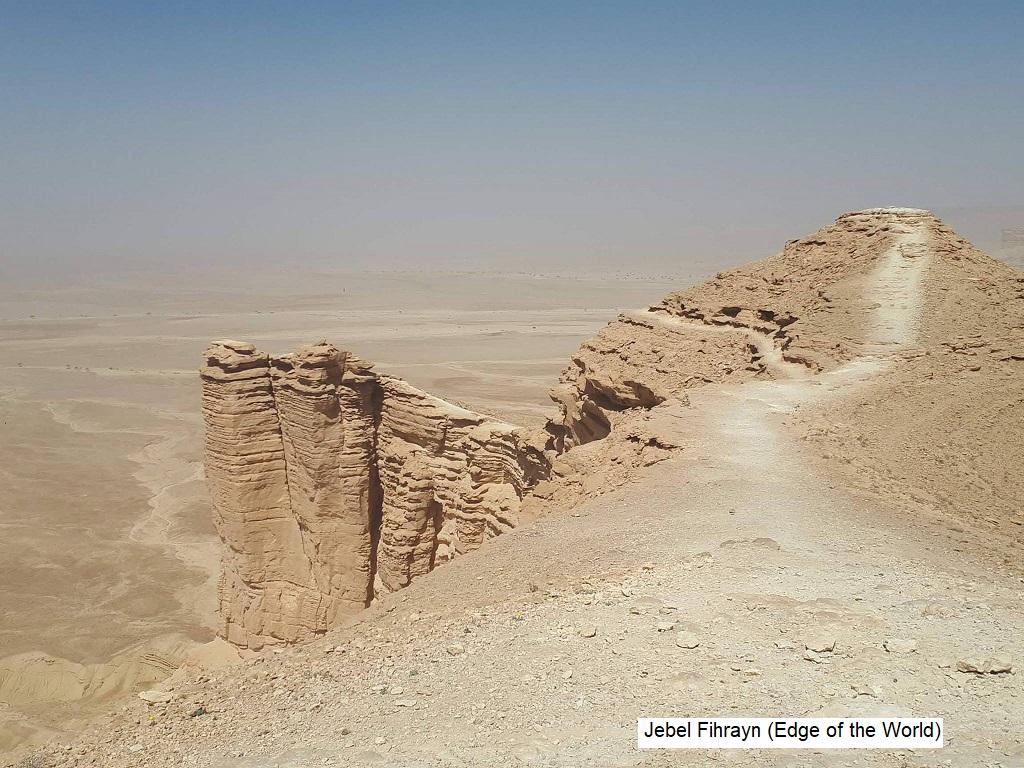 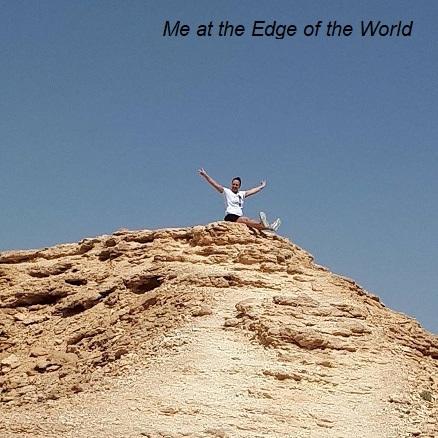 For me, living and working in Saudi Arabia was like having a front-row seat at one of the most dynamic socioeconomic changes of the moment. With that comes tremendous opportunities to help shape a country in transition. It truly is the Magic Kingdom! 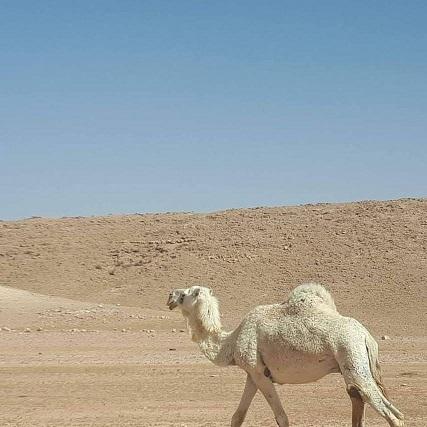