What differentiates nuclear power plants from others is that primary energy release takes place by fission reactions. Although other types of reactors exist, the vast majority of today’s commercial NPPs use solid state nuclear fuel to heat fluid that finally causes ordinary steam to turn a turbo-generator set.

Nuclear reactions are those that take place within individual nuclei of atoms, most interestingly between unbound neutrons and nuclei of limited number of isotopes. Controlling the of speed of the reactions, and shutting them down, is a fundament of nuclear safety. This applies to all states and scenarios, as well as to transport, handling, and storage of fuel throughout its life.

For historical reasons, the researchers have long ago coined the terms criticality and critical configuration to use in nuclear engineering. Lay men might mix-up these e.g. with critical mass, a term known from nuclear explosives, or other uses of word critical, like “our financial situation is critical”. In nuclear engineering, however, it means that there is a controlled fission chain reaction ongoing with a fixed reaction rate.

Reactivity is often a more suitable term, as it bears a numerically quantifiable value: a relative measure of the excess release of free neutrons per the number of neutrons needed to keep the chain reaction in check. A deficit of release (slowing reaction speed) turns reactivity negative, and a surplus (accelerating reaction speed) causes a positive value.

Many phenomena contribute to reactivity, some of them stemming from nuclear physics. E.g. typically, higher temperature causes lower reactivity intrinsically due to more parasitic absorption within the fuel. Thus, an inherent self-regulation is in place due to these properties alone. If the reaction was to speed up due to any reason, this feedback counter-acts the original increase.

The nuclear properties alone are not adequate for understanding reactor behaviour. The properties of the fluid used for heat transfer as a function of operating conditions are of importance, as it also has neutron interactions. In LWRs this fluid matter is either liquid or vapour phase ordinary water. The properties of water are very far from trivial.

When heated, the density of water decreases, provided that the water does not vaporise. The nuclei in pure water, hydrogen and oxygen, mainly react with free neutrons by absorption and moderation (deceleration) of neutrons. With less nuclei (less density) between the fuel rods, the amount of both reactions will decrease. The larger effect is on moderation, which decreases reactivity. On the other hand, thermal expansion will cause the fuel rods to be further apart as temperature increases. This increases fluid volume between fuel rods, and more water increases reactivity. The interesting question is, does increase of temperature increase or decrease reactivity, when all effects are taken into account?

This is one problem that we cannot give a definite answer a priori. The combined reactivity feedback effect can be either positive or negative, depending on the geometry, composition of reactor fuel and structures, as well as water state.

Control and Management of Reactivity

The effects mentioned previously are intrinsic, or non-intervened changes of reactivity, which there are more of, but the others are left out to keep things brief. What has to be emphasised is that in practise the reactivity is controlled by both automatic control functions and reactor operator actions. More specifically, the reactor core of a typical power reactor includes not only fuel and water, but also solid movable neutron absorbing structures, called control rods. If all these rods are fully in the reactor, the design shall ensure that the reactor stays in a shutdown state, or that the chain reaction is halted. Simultaneously, the amount of reactivity control by these rods has to be adequate to bring the reactor into a critical state and overcome the negative reactivity feedbacks due to power increase and operating temperatures.

The reactivity is also controlled by influencing the coolant–moderator properties. In a Boiling Water Reactor (BWR) the amount of vapour within the reactor core is controlled by varying recirculation pump speed, and it effectively controls reactivity. In Pressurized Water Reactors (PWR) this is not possible, and thus neutron absorbing soluble boric acid is introduced to the coolant. Additional control can be achieved by temperature changes. Depending on the control logic and on different operational modes of a specific reactor, one of these controls is primarily set for automation and the other left for the operator.

In any event, whenever the main reactor parameters seem to quickly drift outside of the normal operating range, the reactor is “scrammed” or “tripped” (depending which nomenclature is preferred) by the automation. This means quick insertion of all control rods into the reactor core, either by advent of gravity or pressurised operational fluid. This typically happens within a few seconds from the onset of shutdown signal.

Most of the nuclear processes take place nearly instantaneously. It takes neutrons some time (they have finite speed, after all) to travel and encounter an adequate number of scatterings, slowing them down enough so that the next fission reaction can take place. The average lifetime of a typical neutron in a light water reactor is some tens of microseconds. Now, consider if all neutrons were released promptly through fission reactions. In this case, only a small addition of reactivity, e.g. withdrawal of 1 cm of one control rod group, would cause more than one thousand-fold power increase in one second. So, when starting up a reactor, imagine jumping from 0.1 % to 100 % power in one second! This is hardly a controllable situation.

Luckily for us nuclear engineers, a small fraction (in the range of 0.22 % to 0.75 %) of neutrons are not released immediately from fission but seem as if delayed by fractions of a second up to some minutes. If the reactivity manoeuvres are smaller than this fraction, the prompt neutrons alone do not sustain the fission chain reaction. However, if there are plausible reactivity anomalies or accident scenarios, where total reactivity would overcome this fraction, the consequences can be catastrophic. The design of the reactor has to practically exclude such reactivity excursions, either due to mechanical malfunctions, control functions, or by operator error.

The refuelling of a reactor core cannot be viewed as simply topping up a petrol tank. The power operating cycles of a commercial reactor are typically between one to two years, during which the properties of the reactor core evolve. Yet, the reactor has to operate safely and economically all this time. While studies for viable equilibrium core loadings are made, the reality is that things do not always follow preplanning. An operating cycle might need to be cut short, e.g. due to the generator set needing an overhaul earlier than expected. This leaves excess reactivity in the core, affecting the following cycles. The reactor core fuel composition needs to be redesigned, or at least re-evaluated, when there are any changes in timing of outages or other parameters affecting the reactor operation.

The design of a reactor core is a balancing act: While minimizing the raw input of materials, the core design must generate the desired output of thermal energy allowing for flexibility of power manoeuvres, for the desired cycle length. At the same time, the safety of the design shall be demonstrated with accepted norm, e.g. with suitable comparison of parameters with the Safety Analysis Report’s Accident Analysis assumptions, or in some other cases by setting cycle-specific operating limits to suitable parameters by performing cycle-specific safety analysis calculations.

The recent development of computing power and algorithms used have brought ever more accurate follow-up calculations of the reactor core and parameters of individual Fuel Assemblies and even Fuel Rods for the benefit of operators and nuclear engineers. In case of operational events at any power plant, there are nowadays computational tools to give realistic and timely information on the properties of the reactor core and fuel to aid in decision making. However, this requires adequate prework to be done, i.e. setting up, verification and validation of tools and inputs. Most important are highly skilled engineers who understand the use and limitations of such tools.

Matti Paajanen has worked on the field of reactor physics and safety since 2007 in in-core fuel management, licensing of fuel types, as well as plant configuration changes. Matti graduated as D.Sc (Tech.) in Physics in 2009 at Helsinki University of Technology. Currently Matti is works in a project of new plant licensing. 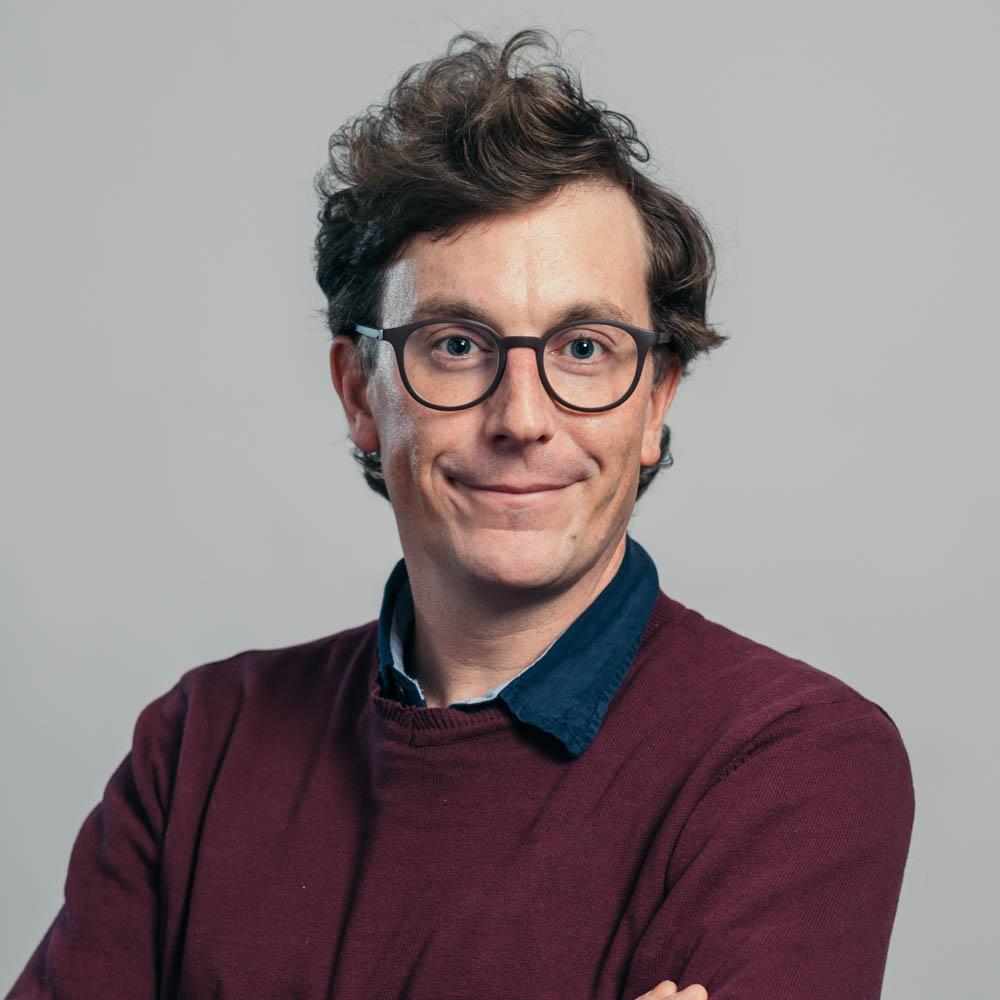