We are all in one boat – United by Chernobyl

Chernobyl – What comes to your mind of the word? A small town in Ukraine? Name of the popular TV series? Something bad that happened in the 80s? The worst nuclear accident ever to strike humankind? 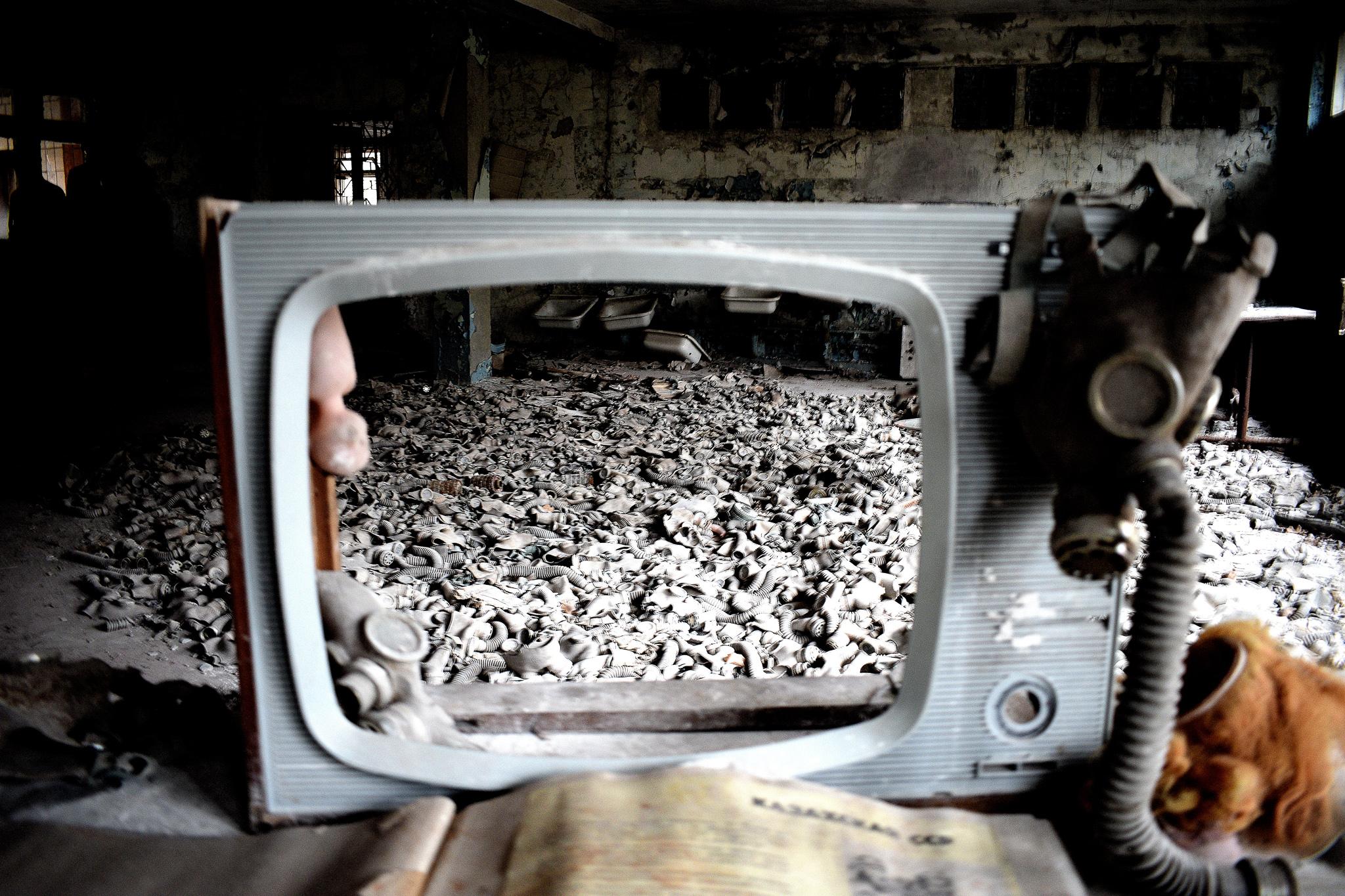 Gas masks at a school in the town of Pripyat.

This spring Chernobyl has been the topic of many discussions around me, mostly due to the HBO hit series which recently ended. However, this spring I also personally experienced Chernobyl from up close. On April 11, 2019 I and a group of other Finnish Nuclear Society Young Generation members got the chance of our lives when we headed off to Ukraine to experience Chernobyl nuclear power plant and the restricted ex-clusion zone. 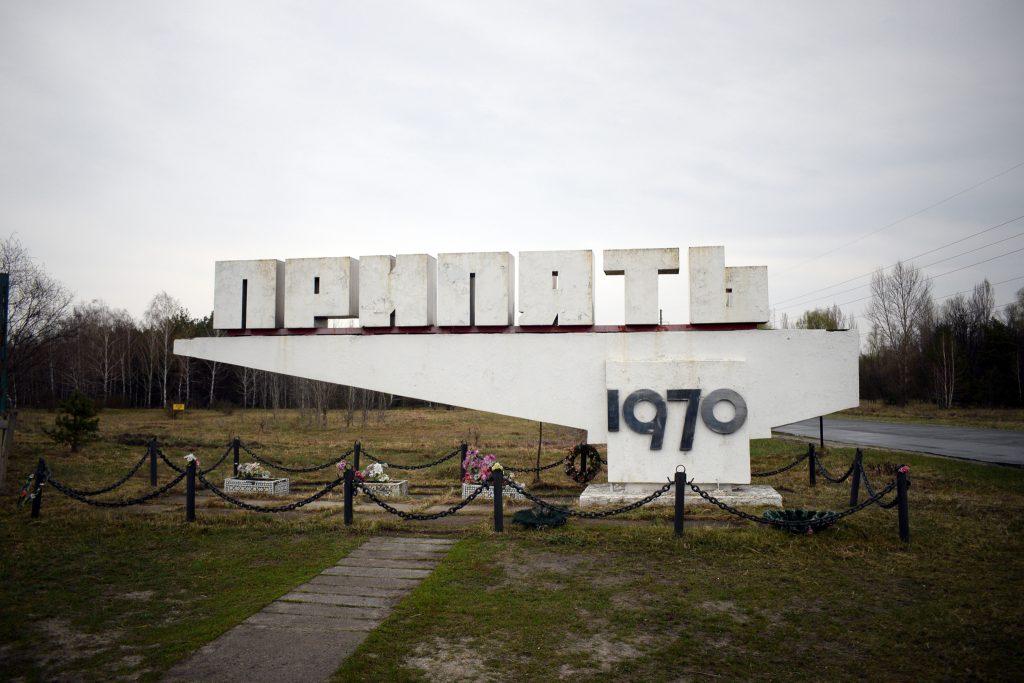 Pripyat is the closest town to the Chernobyl nuclear power plant. It was evacuated permanently after the accident and its citizens never returned.

Chernobyl nuclear accident happened on April 26, 1986 after a safety test performed by the operators. The course of actions started 24 hours earlier when the test preparations were initiated, and ended when the test was deemed successful and operators shut the reactor down. The reactor design combined with the choices of the operators led the reactor to explode at 1:23:44 on the night of April 26th. 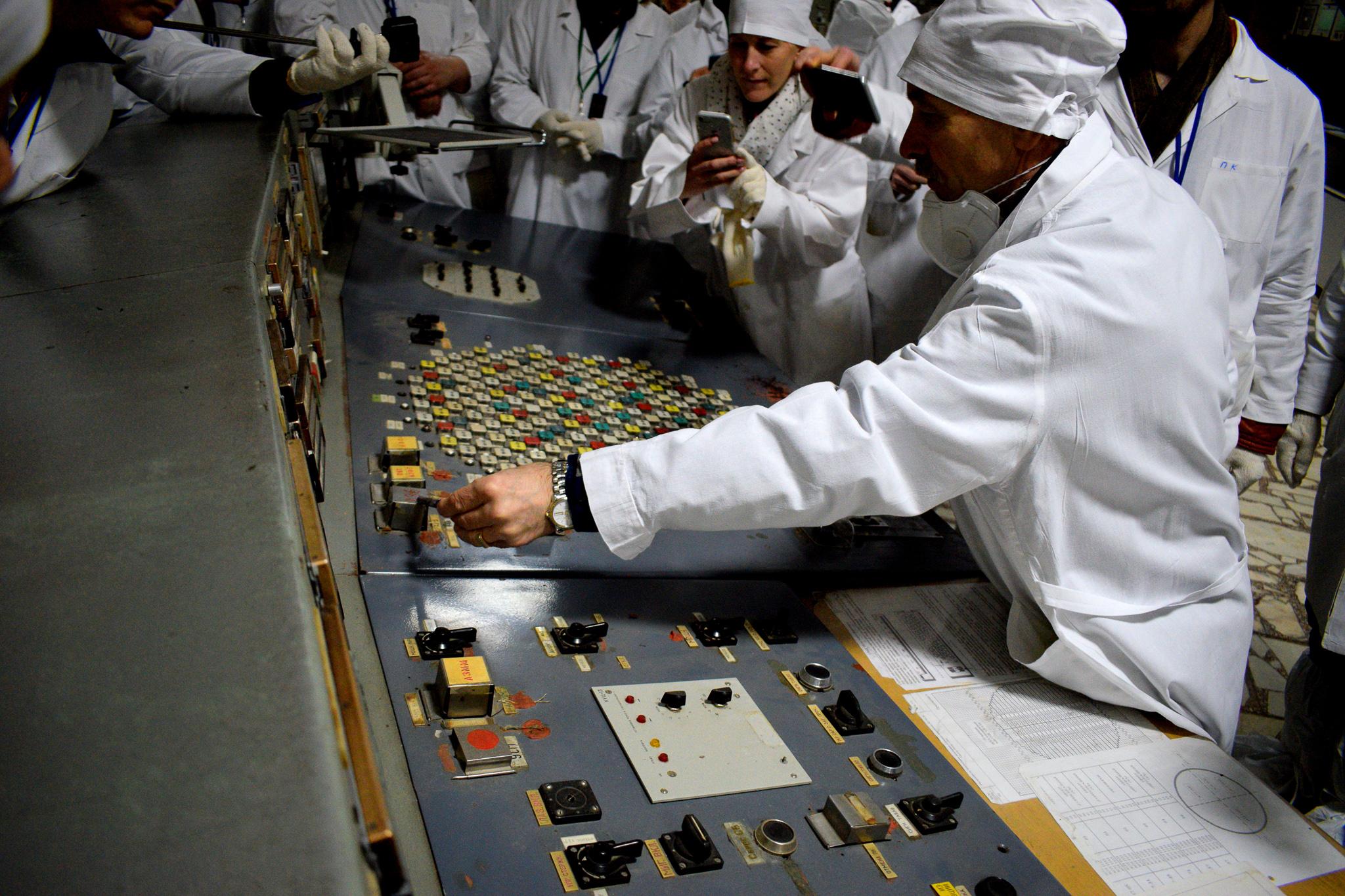 The operators at the exploded reactor unit 4 pressed the emergency shutdown button in order to shut down the reactor. This was their last action which finally caused the reactor to explode. The picture is from inside Unit 3 Main Control Room which operated until 2000.

Accident of this scale can never be the outcome of one single cause. The explosion of Unit 4 was the result of flaws in the reactor design, untrained staff and poor safety culture, to summarize in short. If one of these had been better or different there is a chance the accident might have been avoided. But consequences of the accident – they could have been mitigated with one thing only: Openness.

After the reactor core of Chernobyl Unit 4 had exploded and was uncontrollably spilling radioactivity to the atmosphere, the Soviet Union authorities did their best to keep things looking normal. It took 36 hours from the accident before the evacuation of the closest city of Pripyat started. Another 2 days passed before infor-mation on the scale of the accident leaked to the rest of the world through US satellites. And still, more than 2 weeks until Chernobyl finally asked for help from the International Atomic Energy Agency on May 16. 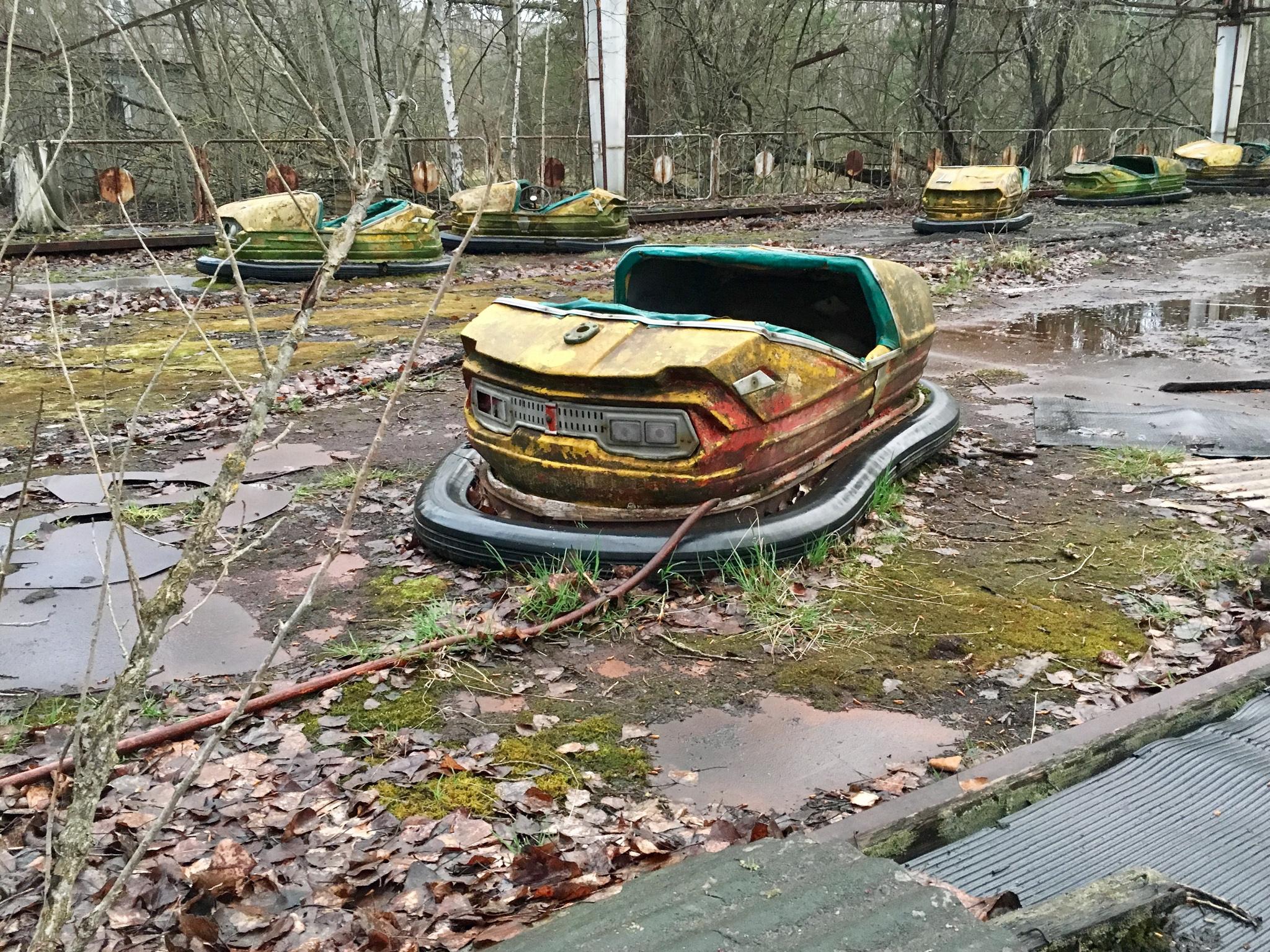 Pripyat amusement park was scheduled to open on May 1st, 1986. The park was never opened for public and the rides remain unused.

During our Chernobyl tour one of the most memorable things for me was a visit to a small museum. Among the photographs and memorabilia from the accident, there was a sign hanging from the ceiling. A sign which stated “We are all in one boat” in many languages.

In Chernobyl all of the workers – undoubtedly not all of them willingly – received extremely high radiation doses, some of them eventually dying of radiation sickness. Still, they performed the tasks given to them. They all sacrificed their health, their lives to protect other people and other countries from mistakes made in Chernobyl. Everyone working in there for days and weeks were all in one boat, striving to prevent the acci-dent from getting worse and saving everyone they could.

Liquidators clearing the debris of the roof of Unit 4. They worked in 90 second shifts, most of them receiving extremely high radiation doses. 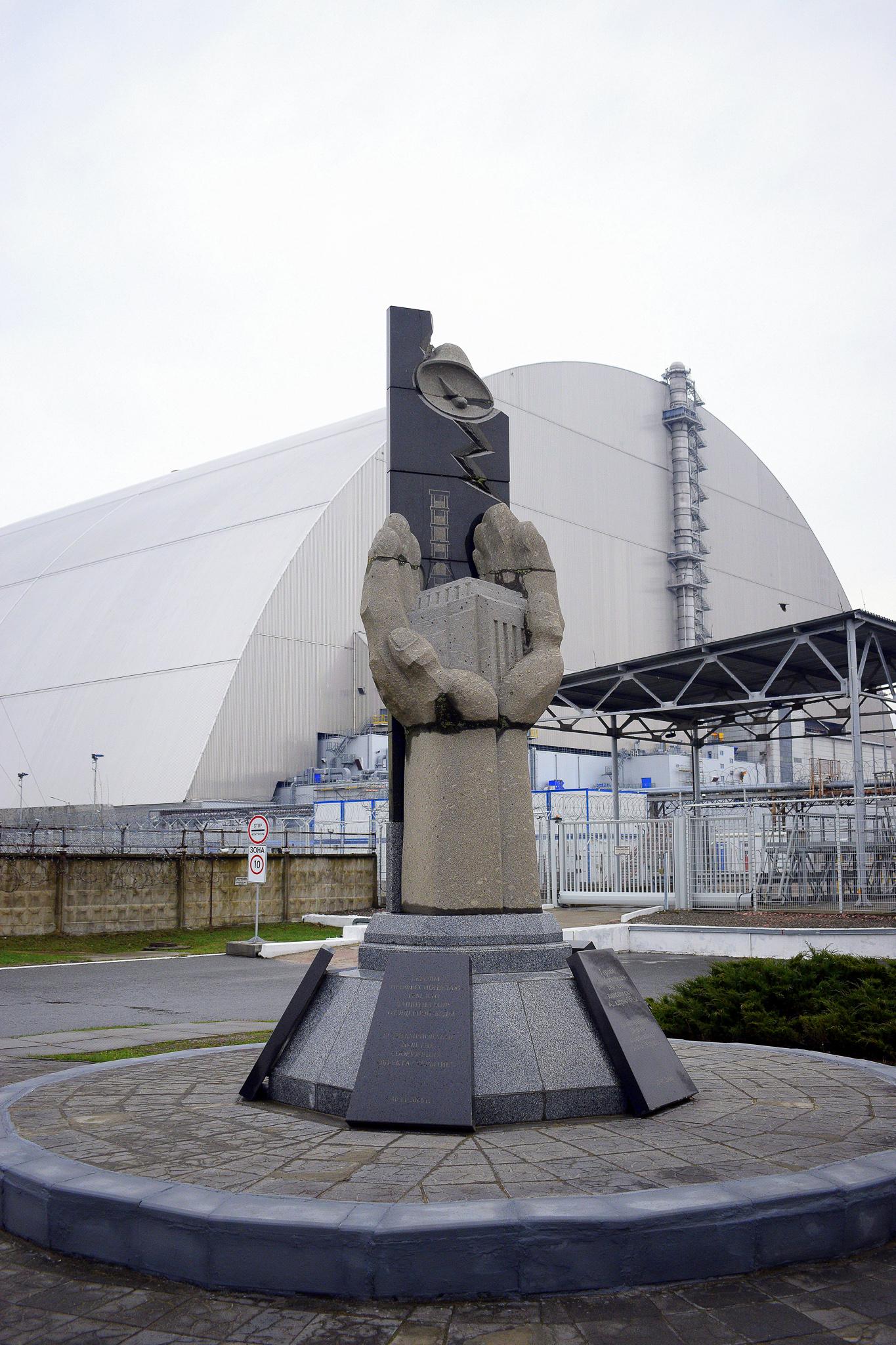 But the sign in the museum, more than anything else, for me represents the uniqueness of the nuclear industry. Unlike in any other industry in the world, everything we do in nuclear affects the entire industry all over the world.

The accident of Deepwater Horizon did not stop oil drills anywhere in the world, we still drive our cars nor-mally. Boeing 737 accidents did not affect the entire aviation industry, none of the countries decided to close down their airports. Even in the most safety critical industries, the accidents are considered as flaws of a sin-gle company or operator.

But in nuclear industry safety is everyone’s business. On the day of the Chernobyl accident, the entire world became aware of the worst possible consequences of the peaceful use of nuclear energy. The reputation of our industry suffered damage that can never be repaired. Further damage was done in 2011 by the Fuku-shima accident, which in turn caused Germany to finally phase-out from nuclear energy completely, slowly ending the industry in that country. The actions of all, the negative effects especially, can affect the future of our industry permanently. 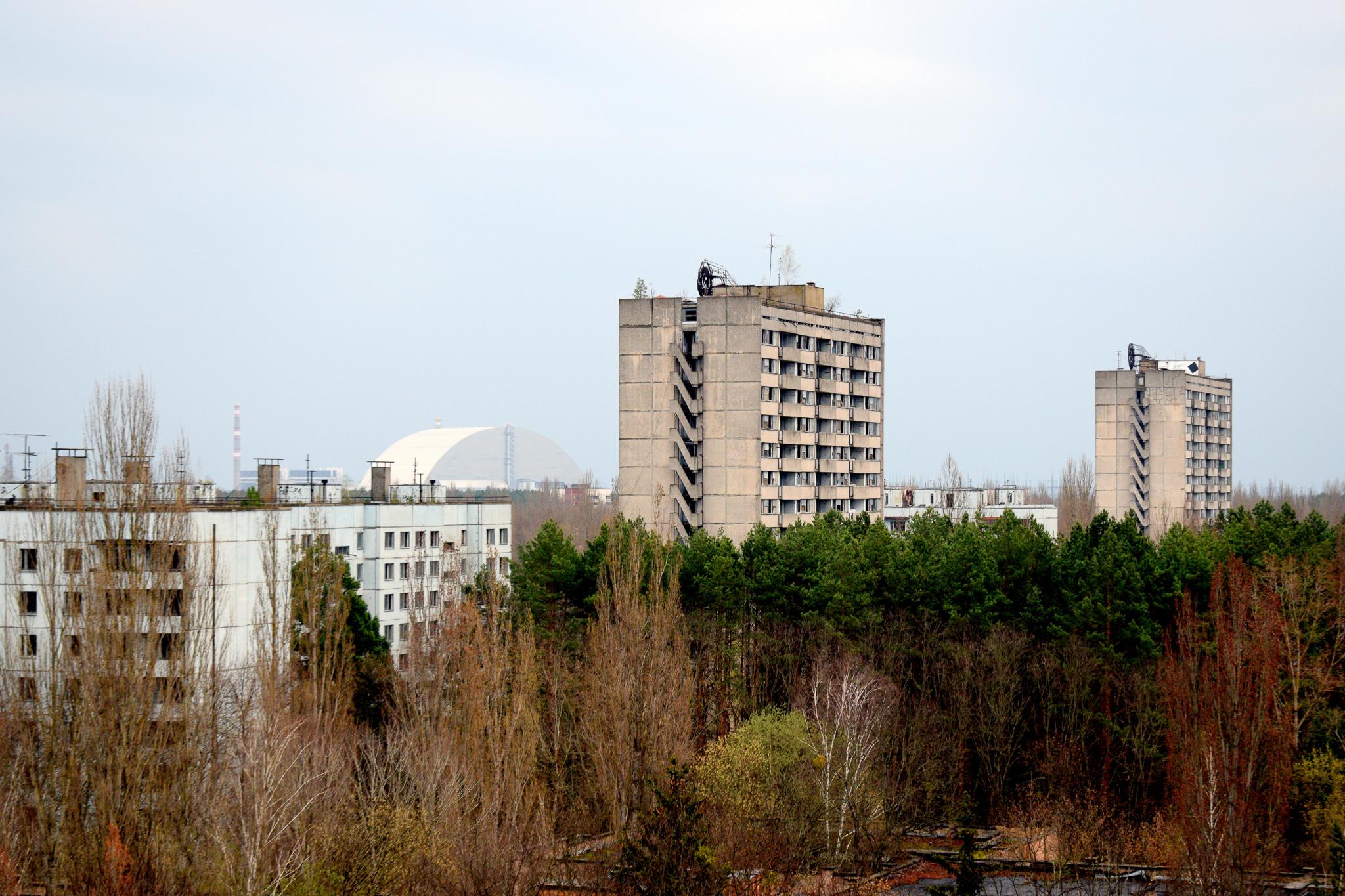 City of Pripyat, Chernobyl Unit 4 sarcophagus in the background.

Among the horrifying consequences of Chernobyl, one positive legacy remains: After the accident the nuclear industry became tighter. In August 1986 IAEA initiated a common “Post-Accident Review Meeting” which consisted of both Eastern and Western nuclear experts, working together to understand the causes of the accident. Furthermore, on 15 May 1989 the World Association of Nuclear Operators (WANO) was established in Moscow to ensure accidents such as Chernobyl would not happen again.

The consequences of a nuclear accident do not respect the geographical country borders, the effects are global. This was proven again 30 years later when the new arch structure was built around the Unit 4 through international funding. With the words of Hans Blix, IAEA D.G. during the time of the accident “Moving to-gether the two halves of the huge arch of this gigantic shelter is like closing a wound, a nuclear wound that belongs to all of us.” 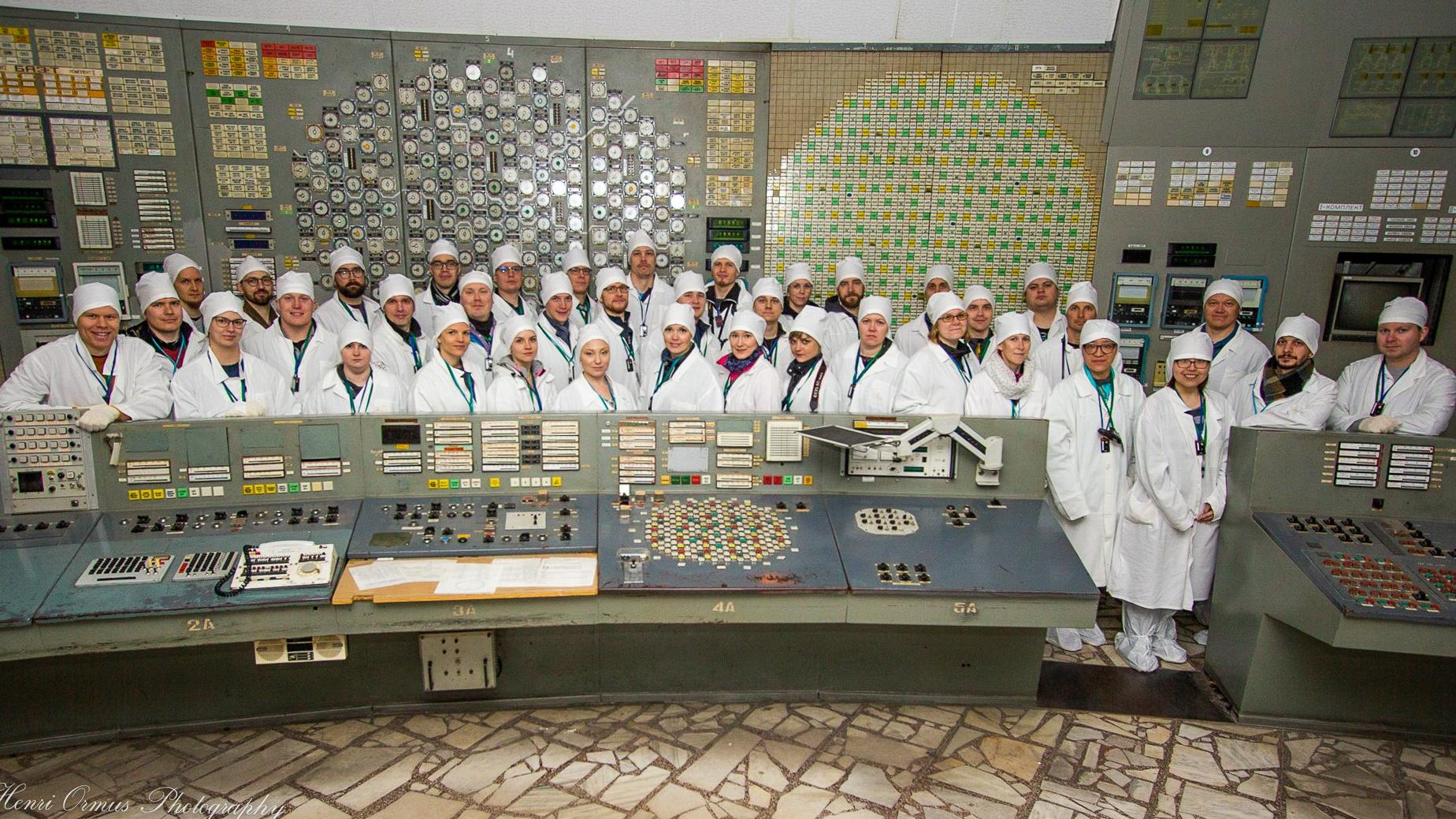 Nuclear is the best tool we have against global warming, but this industry is fragile and cannot take another wound. It is our job to secure the safety and survival of our industry – maybe even the survival of our planet. With this thought we all go to work daily, remembering what is at stake if errors are made: Colleagues, husbands, wives, human lives. Our jobs, the continuation of our legacy, the entire nuclear industry. We are all in one boat. 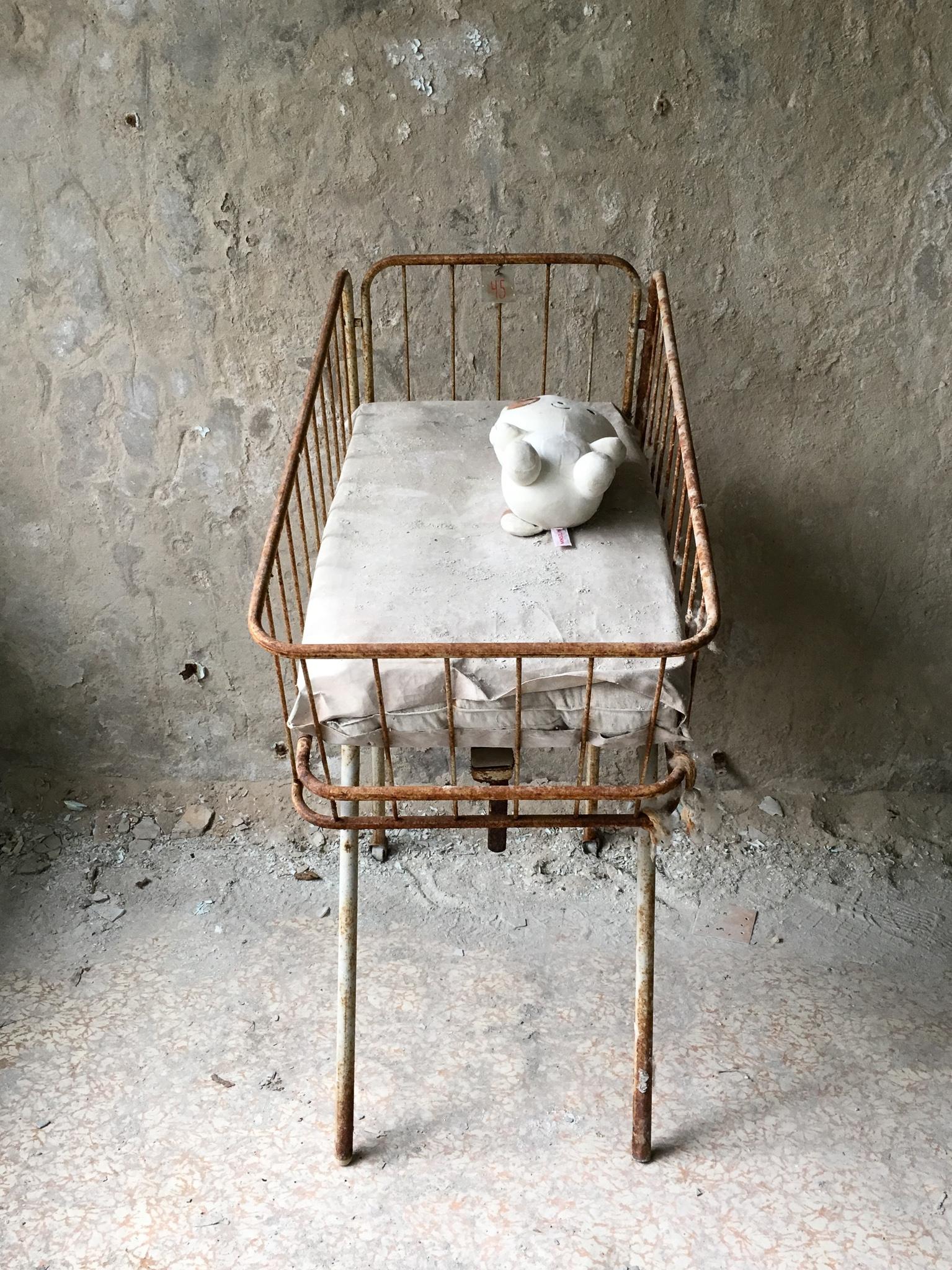 1) For those interested in reading more about the accident (and the series) I highly recommend a blog written by my ex-colleague, professor Jaakko Leppänen from Aalto University. In his blogpost he analyses the epi-sodes and provides more (technical) details. An interesting read for everyone, even if you don’t plan to watch the series. https://fissioreaktori.wordpress.com/2019/05/19/spoiler-alert/

2) The full IAEA report on the accident: INSAG-7 The Chernobyl Accident: Updating of INSAG-1, https://www-pub.iaea.org/MTCD/publications/PDF/Pub913e_web.pdf

Pictures are taken by Vesa Laitinen and Niina Miettinen from Platom Oy, with the exception of the group photo taken by Henri Ormus.